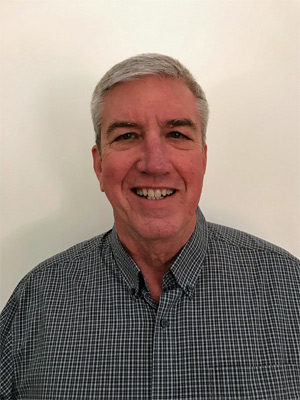 For boys growing up in Mechanicsburg in 1965, spring and summer meant playing BASEBALL! It was the only sport available and the favorite past time of Moms and Dads who would come out to watch the games. Moms socialized in the stands while Dads stood watching along the outfield fences. After the game, players hoped they would be going to Rakestraws for ice cream (5 cents a scoop) — provided their team won.

Winning was a problem if you played Northside. If Greg Diehl was pitching, you were fortunate to get a hit — with an even smaller chance of winning the game. Greg had a fastball which he could place on either side of the plate. He also had a wicked curve ball which looked as if it was going to hit the batter right before it curved over the plate for a strike. No, not much chance for ice cream when Diehl pitched. By the end of that summer, the Mechanicsburg Little League All Star Team had won the Patriot News Central Pennsylvania Tournament, highlighted by Greg’s throwing back-to-back no hitters in his last two starts.

Greg went on to play for the American Legion Post 109 Team and for the high school team. By his senior year the team won the League Championship in the spring of 1970 under Coach Ez Sassaman.

Greg attended the University of Delaware. His first year in college, he made the Freshman Team as a “walk-on” but played very little behind scholarship-recruited teammates. In the spring of 1972, Greg became a starting pitcher for the Blue Hens. He held that position for the next three years. His senior year he won six games and lost three with a 1.86 earned run average. In 77 innings of action he struck out 48 and walked only 17. As a result, Diehl was named to the Mid-Atlantic All Conference Team and also named the Conference Pitcher of the year.

During summers, home from college, Greg pitched for the Mechanicsburg Town Team. He won a total of 20 games and lost three until the Baseball Draft of 1974. On Saturday, June 15, 1974, an article in the Patriot News announced Diehl had been selected by the New York Yankees in the twenty-second round of the free-agent draft. He reported to Oneonta, New York to become a professional baseball player.

In his rookie year at Oneonta, Diehl threw a perfect nine-inning game. It was only the sixty-first perfect game in minor league history dating back to 1906. By the time summer was over, Diehl set a team record with five shutouts and was promoted to AA West Haven, Connecticut where he finished his first season.

Diehl played in the Yankees minor league system for several more seasons. He played for teams in Fort Lauderdale (A) and Syracuse (AAA). His overall record during three professional seasons was 31 wins and 18 losses. His era was only 2.56.

By the end of the 1976 season, Diehl had led the Florida State League for winning percentage by a pitcher with 11 wins and three losses. This performance resulted in an invitation from Patrick Nugent, Director of Minor League Operations, to attend Yankees Major League Spring Training Camp the following year as a non-roster player for the New York Yankees.

At this time, Greg faced a tough decision, as he had received job offers outside of baseball. As he later wrote “After some soul searching I decided I had very little chance of getting to the Big Leagues, so I retired to take advantage of my engineering degree and start my real life.” In March 1977, Diehl retired from the New York Yankees, married, and moved to San Diego.

Years later when asked about his decision to retire from baseball, all he said was “check out the names on that 1977 Yankees Roster. At that time, Yogi Berra and Bobby Cox were coaches. Lou Piniella and Reggie Jackson were outfielders. Catfish Hunter, Don Gullett, Dock Ellis and Ron Guidry were starting pitchers. (Diehl’s assigned number was 70, coincidentally the year he graduated from Mechanicsburg High). “There was no way I belonged on the same field with those players, but it was still my honor to be listed on the same roster with them.”

Those of us who know Greg appreciate his humility, but he is one of the outstanding members of the class of 1970 and was one of Mechanicsburg’s best baseball athletes.

Greg, along with his brother Jeff, grew up on Filbert Street, the sons of Don and Betty Diehl. Greg is married to Nancy (Edsall). They have two married children, Justin and Kelley, and two granddaughters.