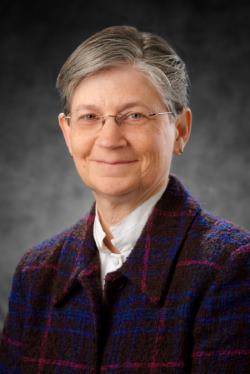 Growing up at 9 East Maplewood Avenue, Mechanicsburg, Elizabeth (Beth) Robinson was convinced she wanted to be a doctor. When she attended high school she began to show an interest in Chemistry. It was this love of Chemistry that motivated her throughout her life to become one of the top doctors / scientists in the world in pathobiology and epidemiology of human papillomavirus (HPV) (a family of viruses that affect nearly everyone) and HPV-associated diseases like cervical cancer.

Beth graduated from Mechanicsburg Area Senior High School in June of 1968. And because of her love of chemistry, she went on to earn a B.S. in Chemistry from Lebanon Valley College, Annville, PA. From there her journey took her to the University of Chicago, Chicago, IL where in 1979 she earned a Ph.D in Experimental Pathology and in 1980 an M.D. She completed a residency in Anatomic Pathology at the University of Chicago and the Pennsylvania State University, MS Hershey School of Medicine in Hershey, PA. In 1983 she became a Diplomat of the American Board of Pathology in Anatomic Pathology. In 1986 she joined the faculty of Emory University School of Medicine as an academic surgical pathologist, moving in 1997 to the Centers for Disease Control and Prevention (CDC).

For more than 25 years Dr. Unger has studied pathobiology and epidemiology of HPV and HPV associated diseases. Initially her work concentrated on developing cervical cancer biomarkers to improve screening, but with the introduction of HPV vaccines her laboratory has become active in studies to determine how well the vaccine is working. At the CDC Dr. Unger collaborated on many national and international cervical cancer and HPV vaccine monitoring projects. This work has involved her with world organizations such as the National Cancer Institute, the Food and Drug Administration, Pan American Health Organization and the World Health Organization (WHO).

Since 2010, Dr. Unger has directed the ME/CFS program (Myalgic Encephalomyelitis / Chronic Fatigue Syndrome). Activities include demonstrating the direct and indirect economic costs, conducting initiatives to educate the public and health care community about ME/CFS, and conducting explorations of the underlying biologic basis of this illness. CDC’s program has been working with other government agencies to standardize epidemiologic data collection to more fully define this complex illness and improve the quality of research.

Over the years Dr. Unger has published numerous works and received numerous honors and awards. In 2007 Lebanon Valley College bestowed upon her the Distinguished Alumna Award. In 2008 she received the Career Achievement Award from the Department of Health and Human Services. Last year she was awarded the Sigma Xi Walter R. Dowdle Award for Achievement in Public Health Science.

Dr. Unger lives in Atlanta, GA today with her husband of 46 years, Robert (Bob) Unger. They have two children and two grandchildren. In her spare time she enjoys singing in her church choir and reading.