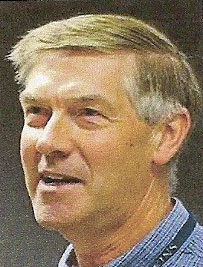 Upon graduation from MHS in 1966, Terry pursued his interest in science at the University of Pennsylvania where he received a Bachelor of Science degree in Chemistry in 1970. He then went on to attend Penn State University where in 1976, he earned a PhD in Pharmacology from the Milton S. Hershey School of Medicine. Terry spent the next two years at the Hershey Medical Center, Hershey PA, where he did post-doctoral research in Endocrinology.

In 1978, Terry joined the faculty of Johns Hopkins University School of Medicine as an Assistant Professor in the Department of Pediatrics, Division of Endocrinology. While there he also received a joint appointment in the Department of Biochemistry and Molecular Biology at the Johns Hopkins Bloomberg School of Public Health and he advanced to the rank of full Professor in the Schools of Medicine and Public Health. He also served on numerous departmental and school-wide committees and is currently the President of the Faculty Senate and is Chairperson for the Committee on Academic Standards in the School of Public Health.

His numerous achievements throughout his career are most impressive. Terry has mentored numerous masters and doctoral degree students and postdoctoral fellows in his laboratory over a thirty year career in medical research. His continuous record of research grant support from various federal and private funding sources has enabled him to continue his focused research on the actions of the male hormone, testosterone, as it relates to normal and abnormal sexual development, male reproduction and infertility, and diseases such as prostate cancer.

Along with his trainees and colleagues, Terry has published more than 150 papers, book chapters and review articles in scientific literature. In addition, he and his trainees have given frequent presentations at national and international scientific meetings. He has served on many committees and editorial boards of scientific societies including the Endocrine Society, the American Society of Andrology, the Society for the Study of Reproduction and the Society for Basic Urologic Research. From 2006-2009, Terry served as Vice-President and later President of the American Society of Andrology. As a recognized expert in the areas of endocrinology, prostate cancer and male hormones, Terry is frequently asked to serve on expert scientific review panels for the National Institutes of Health, the Environmental Protection Agency, the United States Antidoping Agency and the Congressionally Directed Medical Research Program in Prostate Cancer. He chaired the most recent endocrinology review panel for the Prostate Cancer Research Program.

Terry is the son of Clifford, (MHS '42) and Louise Brown. He resides in Columbia, MD with his wife, the former Judy House, (MHS '68). They have two grown children, Dr. Aaron Brown, and Tara, an engineer.