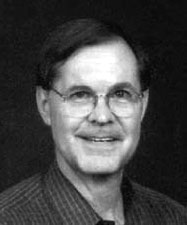 Stephen Mefferd has a successful record of getting results by instilling good values and work ethics and by being the type of confident, committed and hard working individual that Mechanicsburg Area High School is known to produce. His love of education and academic excellence spans almost 40 years since his high school graduation. He is a 1969 graduate of Lebanon Valley College where he received a B.S. in biology and chemistry with postgraduate work in immunology, pharmacology and biochemistry. He is also a graduate of the Pennsylvania State University Food Chemistry Ice Cream Short Course and taught high school biology and chemistry. He was successful in developing a laboratory supplement which provided increased access to special education students for hands-on student involvement in science education enrichment.

Stephen worked for Bayer/Miles Laboratories as a sales and marketing manager and continued his technical business career with Johnson & Johnson / Ortho Pharmaceutical Corporation until 1996 when he became a co-founder of BioFX Laboratories. BioFX is a specialty immunochemical company that develops and manufacturers chemicals that check for the presence of disease. One of the leading diagnostic tests for heart attacks uses BioFX chemistry to provide the patient status to the medical team. His products are used throughout the world and include chemical compounds that turn color, form dots or spots, or create a chemiluminescent glowing light reaction to test the environment, food and animals, and monitor our health. BioFX has become one of the world's leading suppliers of these specialty chemical compounds.

In 2005, Stephen co-founded BioAssay Works, a gold nanoparticle company that uses microscopic gold particles to make medical tests. The company has several very novel patents in the area of rapid, lateral-flow diagnostics. Their goal has been to create tests that are easy to use and can be carried and stored at the most advanced laboratories as well as the most remote places. Their technology has given fireman, policeman and first-responders to accidents or environmental spills the ability to detect and identify substances on the spot within minutes without any sophisticated laboratory equipment. One test they make is similar to a home use pregnancy test, but instead tests for the influenza virus, AIDS, or anthrax spores as well as other substances. In the event of a pandemic flu epidemic, they have a technology that could screen incoming arrivals at airports and border crossings worldwide to quickly identify infected individuals and reduce the rapid spread of disease. The company has recently introduced a technology that permits therapeutic monoclonal antibody developers to identify and monitor their most promising cell lines for future development in the emerging area of antibody therapy. The company goal is to create simple, easy-to-use diagnostic strips to monitor any disease or pollutant possible.

Stephen has earned a level of professional respect and admiration from colleagues, employees and investors alike for his fundamental belief that success is built with the contributions of many. He enjoys working collaboratively with others to achieve success while contributing a high level of energy, a focused sense of urgency, enthusiasm and humor to all projects.

Stephen lives in VA and has been married to Beverly White Mefferd since 1973. They have two sons, Andrew and Peter. His brother, Theodore Mefferd '58, a retired Methodist minister, lives in Mt. Gretna, PA and his sister, Bonnie Mefferd Schaefer '60, lives in Ohiopyle, PA. Another sister, Trudie Mefferd Seagrist '62, nominated Stephen for this award.